Eliminate all of your spiders with Prime Pest Control.

Get rid of spiders once and for all with a non-invasive spray treatment! Prime Pest Control is rated #1 in the Greater Toronto Area for spiders control treatments.

Eliminate all of your spiders with Prime Pest Control.

Get rid of spiders once and for all with a non-invasive spray treatment! Prime Pest Control is rated #1 in the Greater Toronto Area for spiders control treatments.

Fast Spider Removal In The GTA 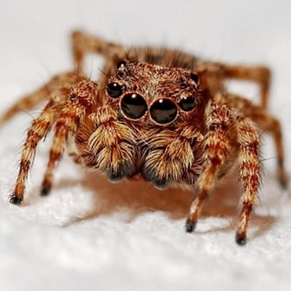 Spiders are the real horror stuff. Moving on their eight creepy legs, they can inject a dose of fear in most of the individuals out there. Though they eliminate other miniscule insects present around them by feeding off of them, they are still considered an unwanted element in a common household. They can spin webs overnight, which are sometimes considered as cleaning malfunctions of your living space. They are not only known to create a mess of webs, but are prone to show venomous nature as well. In fact, there are some species of spiders that can inject fatal venom in the bodies of the victims. On an average, household spiders are not known to be deadly poisonous, but their bites can spread infections and can cause ugly uprisings on the epidermal layer, which may need medical attention. Moreover, encountering them, when cleaning your house becomes tiring and removing them manually can be a nasty process on whole. They can range from large to small in size, owing to the variety they belong, but a disturbance nonetheless in the confines of your house.

There are many people out there, who suffer from phobia of spiders and their infestation can be a severe disruption to your mental peace. On the other hand, their bites can result in you seeking medical help, if it gets extreme.

Deduce the Nature of Infestation

A spider infestation can be easily recognized with the presence of spider webs. They are intricate patterns formed from the silk produced by the spiders and are usually found hanging off the walls or in unused rooms and storage facilities.

If you happen to encounter spiders in your living space and want to get rid of them, just give a call to Prime Pest Control services. We will remove the infestation from your lovely homes, without causing you any hassle.

If you want to prevent the spiders from coming back in your home, there are a few suggestions. Keep your house aerated and clean it at regular intervals. Put emphasis on the confined spaces like cupboards and storage rooms to avoid an infestation.

Fill out our online form for a free quote!